5 Group Activities You Need To Try At The Beach 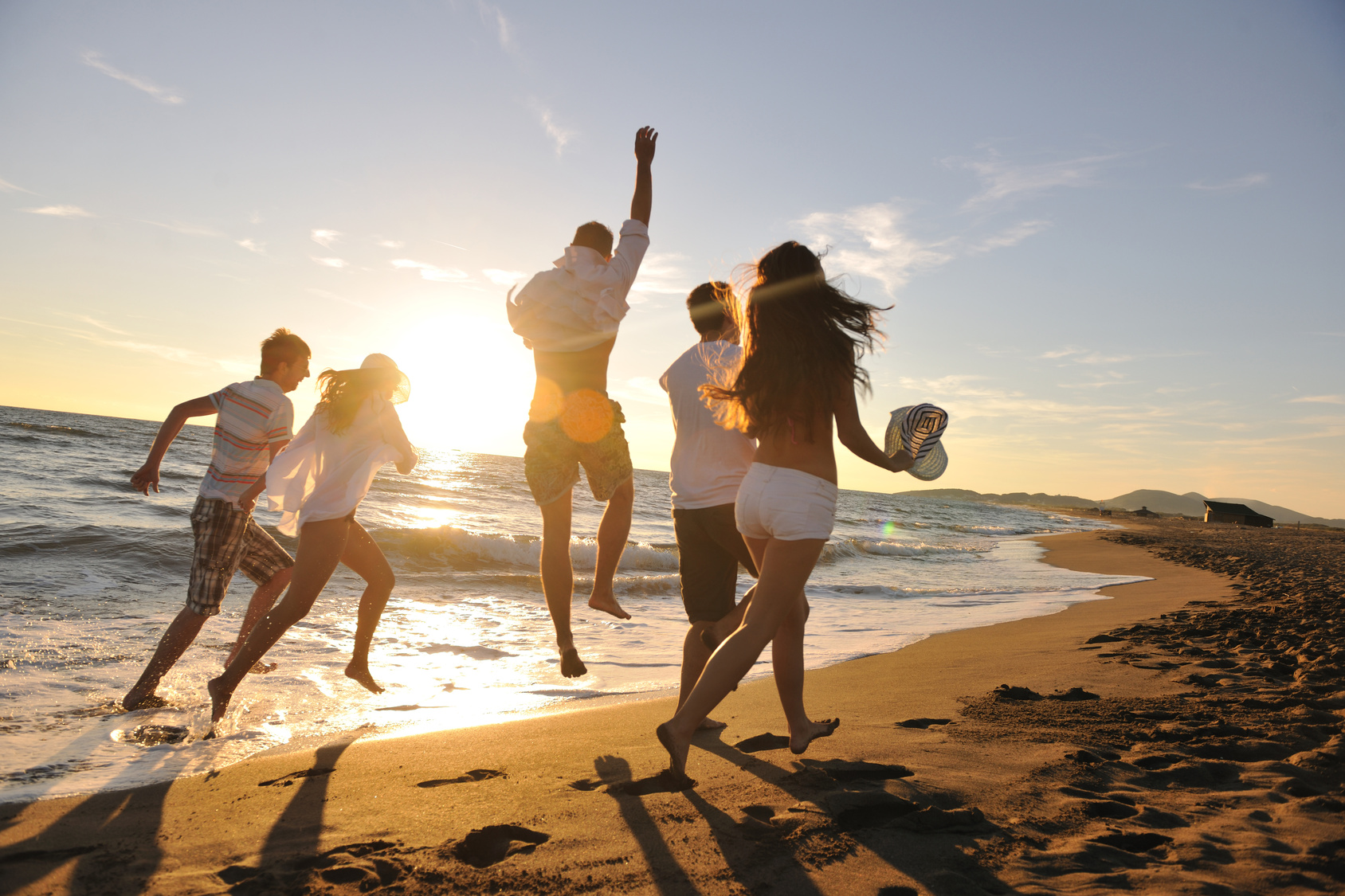 If you’re not one for lounging on the beach and wasting away your day, you’ve come to the right place. We’ve set you and your vacation crew up with 5 group activities you need to try at the beach to  make your days worth your while.

So, get ready to get out of your chairs and embrace some friendly battle! The beach is your playground!

Disclaimer: Some of the activities listed below require owning or having access to the game itself or its major components, for example, a volleyball. If you’re staying at a resort, many can have these activities on site, but if you’re venturing out on your own, you may need to actually purchase these items. These prices aren’t too crazy and we promise after trying out some of these activities it won’t be your last time!

The perfect beach game does exist -- and it’s called Spikeball. Playing two on two, Spikeball consists of four players bouncing a ball off a trampoline-like net. From hitting the ball in the air to your partner before it touches the ground to spiking it off the net for your opponent to chase, Spikeball requires constant movement. And what better place to play than on the beach? Learn the basics of Spikeball here. 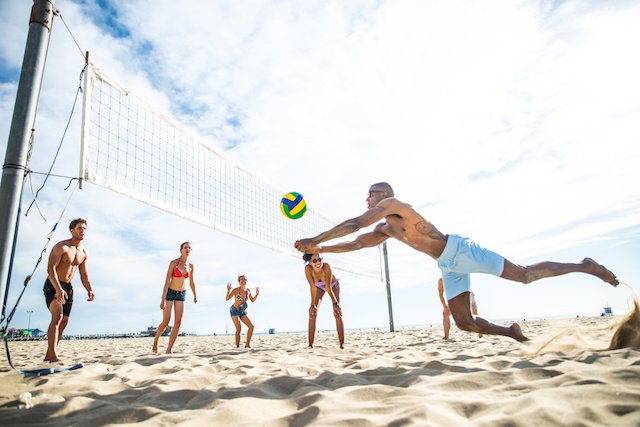 One of the most popular beach games, beach volleyball can be as formal, or informal, as you like. Although it’s usually played with six players on each side, beach volleyball can be fun for your entire group. The same goes for other rules like that of point scoring or the number of hits each side gets. No matter how strict your group is, you’re destined for a great time. If you’re looking to get serious and up your game, The McKibbin Brothers post a ton of great content on YouTube to do just so. 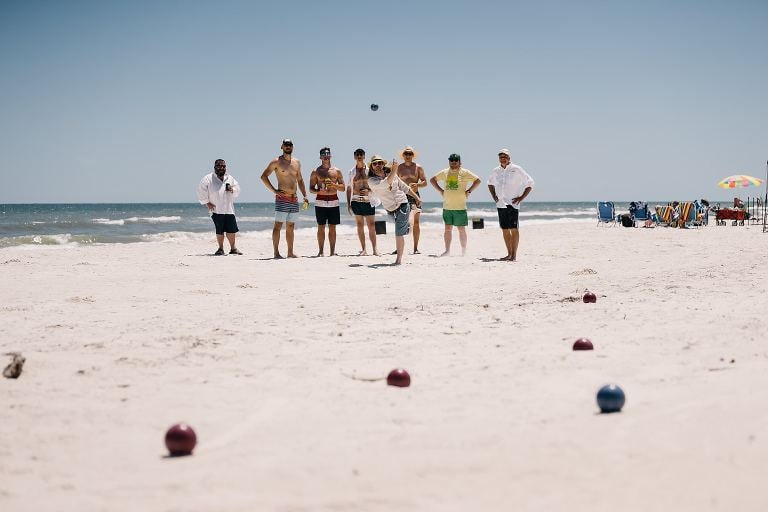 Played in teams of two, bocce ball is the perfect summertime game, and even more fun to play on the beach. Each team takes turns rolling four balls each, trying to get their balls as close as they can to a much smaller ball, called the jack or pallino. For more general rules and scoring, check out this video. 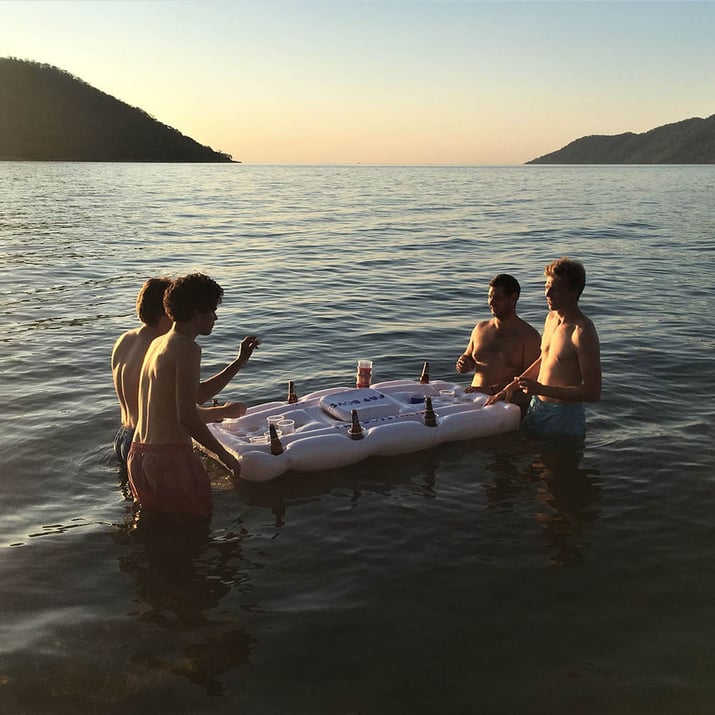 The drinking game that dominated your time in college has made its way to the beach. You all know how to play, and have your own unique set of rules and quirks you stand by. Grab your favorite drinks, some cups and ping pong balls and run the table, which can even be made out of sand, with your go to pong partner. If you’re truly a beginner, learn how to play here.

Another partner game, cornhole can be taken and played anywhere, even at the beach. Set up your boards and try to out duel the opposing team by tossing a total of four bags each. Scoring can be confusing, as different points are allotted for bags that make it on the board or in the hole, so check out this video for more details.

We’ve given you the tools, now it’s time to go make your next beach outing even more exciting and fun. Whether you're heading on vacation or just going for the day, these activities are sure to keep you and your group busy!

Ready to book your next group trip?

Wherever you want to go, we’ll take you there.

How to Make the Most of Your Next Vacation